Whilst the website is being developed, this is a temporary page.


THE HISTORY OF TIBBERTON VILLAGE

In time, this page will summarise information from Jim Barker’s book about Tibberton ‘The Changing Village’, and describe one of the UK's largest lowland hillforts 'The Wall', found just a mile or so south of the village (some information is already included below).

In the meantime, please do send me any historical photographs of the area, or other interesting information you have. Many thanks. The photos below were supplied by Mrs Talbot: 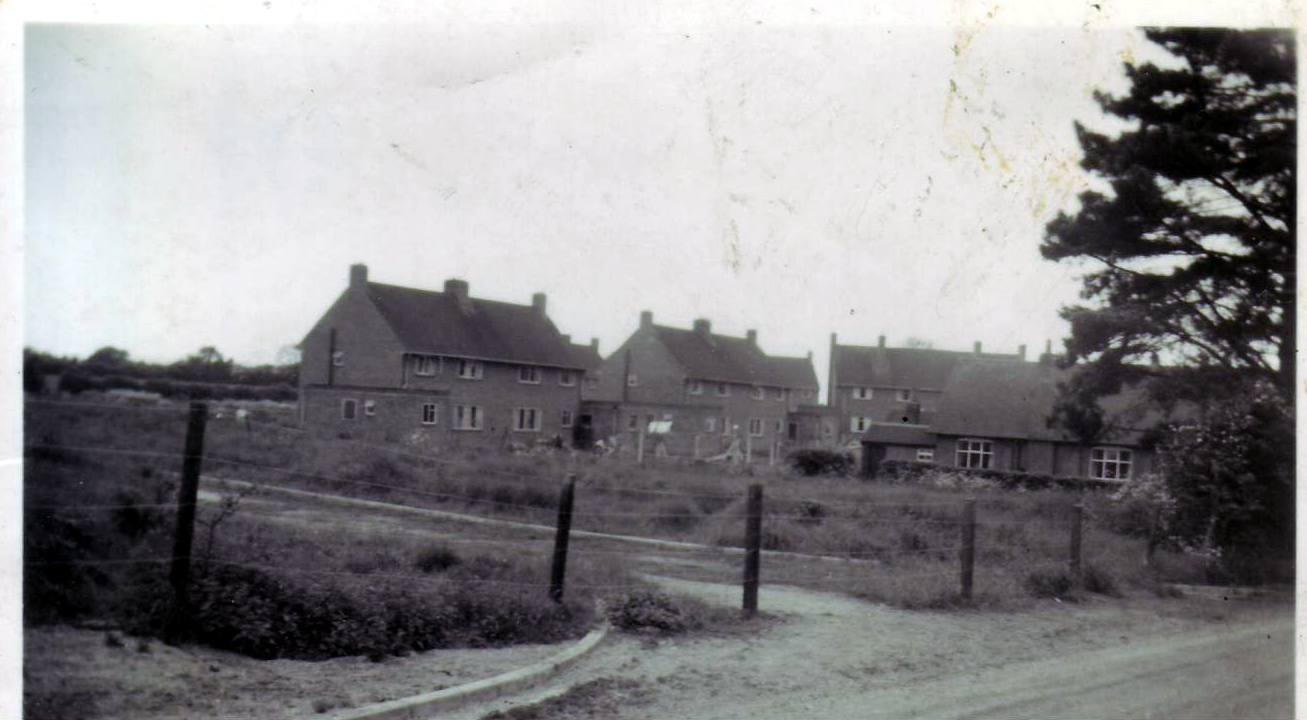 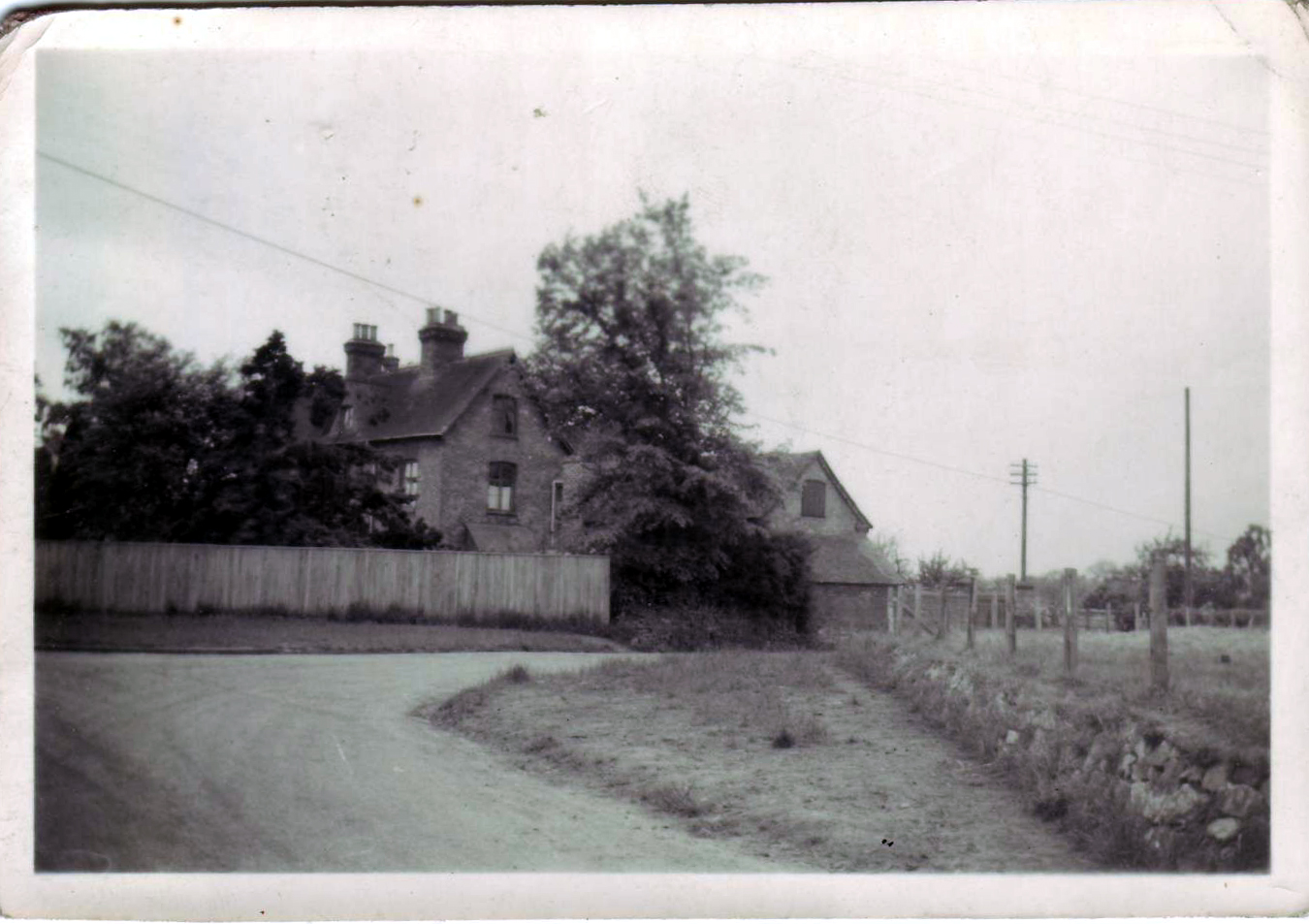 The date of the pictures is about 1940. The children are outside the old shop and the Sutherland Arms is down the road behind them. You can just see the Old Rectory behind the trees on the left. The road was known as the Avenue. The second picture is about 1950 as Maslan Crescent was built and the third is of the Old Rectory.

If you want to learn more about Tibberton and other villages around Newport, including seein old photos of familar landmarks and buldings, have a look at
Discovering Shropshire's History

'THE WALL': ONE OF BRITAIN'S LARGEST LOWLAND HILLFORTS, OVER 2,000 YEARS OLD:
The Wall Farm is a mixed livestock farm located on the Weald Moors near Kynnerlsey, Newport, Shropshire. The farm gets its name from the Wall Fort, an iron age lowland hill fort, around which the farm is centred. The earth ramparts of this ancient structure are still clearly visible and provide a fascinating insight into this important historic site. The farm is managed under Defra's Higher Level Stewardship to protect and enhance wildlife. This has included re-creating the traditional wet grassland habitat of the Weald Moors to support threatened farmland and wading birds and developing a network of flower rich hay meadows. These fields are grazed by a number of traditional and rare breeds of livestock including Aberdeen Angus, Red Poll and Galloway cattle and Hebridean and Shropshire sheep. They are happy to host educational visits for schools or other groups interested in learning about the history and wildlife of the farm. Farm walks are free but groups should compromise at least 6 people. If individuals or families are interested in a farm walk please get in touch and they will try and match you up with other interested parties to make up a group.

Further information: Limited car / coach parking is available but all groups need to book with the farm in advance. One outside toilet is available with cold water handwashing facilities. Hot water can be provided on request and we would endeavour to have this available for any school visits. The farm is situated near the village of Kynnerlsey. The lanes surrounding the village have been designated as Quite Lanes - this means that pedestrians, cyclists and horse riders have priority and the speed limit for motorised vehicles is 25 miles per hour. The farm can be quite difficult to find so please ask for directions when you book your visit.

For more information about this site and other archaeological sites neaby, see:
The Megalithic Portal

More information:
A large multivallate Iron Age Fort lying on high ground in the Weald Moors near Telford and Wrekin. The fort would probably have been an island outpost in the moors of the Cornovii, and excellent views of their capital on the Wrekin are afforded from all around this site. The fort encloses an area of approximately 12 ha and would have had space for a fairly large population who would have lived off the surrounding fenland. This large fort is now occupied by a farm and two cottages and has a small road running through it. There are permissive paths around much of the site, but access to some areas is naturally restricted. In places evidence can be seen of up to four banks and archaeological evidence has suggested that the fort underwent several periods of remodelling during its estimated 400 years of occupation (3rd Century B.C - end 1st A.D). Finds from the site have included a flint arrowhead,local and non-local pottery and Roman coins. Archsearch states that Wall Fort is "a good example of a large low-lying multivallate hillfort. Very few of these are known to have been constructed in Britain, and the closes broadly contemporary parallel is Stonea Camp in Cambridgeshire (also surrounded by fen)."
A nice spot to visit, the area is looked after under the Countryside Stewardship scheme, the permissive paths are quite well signposted and there is a charming little bird hide to visit overlooking Cherrington Moor just NNW of the Fort.

Kynnersley lies in the borough of Telford and Wrekin, in a remote, rural location north of Telford. The village has a population of approximately 180 based on the most recent census (2001) and taking into account new housing. The population is expected to grow slightly as further new developments take place especially as former farm buildings are converted to residential use.
Kynnersley has a small church parts of which date from the 13th Century and which is surmounted by an unusual central bell tower. There is a small village hall of wooden construction which was probably once part of a military barracks (on another site). The village also contains a set of water pumps, still in situ but now out of service, that provided water from an underground pipe system fed from a wind pump. The oldest house in the village is the (grade 2 listed) Whim Cottage, a beamed house with walls of wattle and daub part of which dates from the 16th century.
Kynnersley is situated on the North Shropshire Weald Moores, an area of wetlands which have been drained for agricultural use using a series of drains or "strines". Most of the farming land was originally part of the estate of the Duke of Sutherland and several houses in the village are Duke of Sutherland Cottages which have a distinctive architectural style. The "Dukes Drive" is a lane that leads directly from Kynnersley to the Duke of Sutherland memorial at Lilleshall
In the center of the village is a small triangle of raised land known as the Whim. The oak tree in the middle of the Whim is said to have been the hanging tree for the local court house. The old court house itself is now part of the farm buildings of Manor Farm and is in a poor state of repair.